A wine for its time 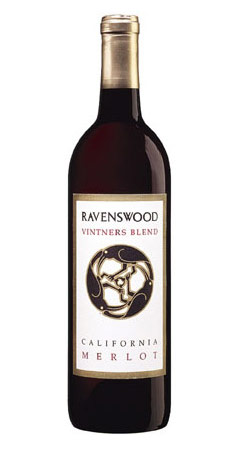 As Eric Asimov reported in today's Times, a newfound stinginess on the part of America's wine drinkers has not been kind to the California wine industry—and I'll admit that my recent buying patterns have made me a part of the problem. If you're also more concerned about your own bottom line than that of some grower in Napa (who, let's face it, had it pretty damn good for most of the 2000's), allow me to offer a recommendation: Ravenswood Vintners Blend Merlot. On the face of it, you couldn't dream up a less promising bottle of wine. For one thing, there's the brand itself. Once a cult winery known for its assertive Zins, Ravenswood sold out to a conglomerate in 2001, basically trading its indie cred for a bunch of cash. And, sure enough, for a few years after the deal, its wines seemed to have become the enological equivalent of a Black Eyed Peas record hidden inside a Sonic Youth cover. But then, for reasons unknown—someone maybe decided that making decent wine is actually more fun and more profitable?—the ship righted itself, and a bottle of Ravenswood is again a pretty reliable quaff. Then there's the grape itself: Merlot. Even five years on, the varietal is still recovering from the Sideways effect. But while Paul Giamatti's rantings sent your parents and their friends dashing off to the Pinot aisles, Merlot—the grape of Château Pétrus, mind you—quietly became a dependable bargain. Throw in a financial meltdown, the worst recession in decades, and bam, here we are, talking about $9 bottles of Ravenswood Vintners Blend Merlot.

So…is it good? It's nine dollars. Of course it's not fucking good. What it is, however, is surprisingly, uncomplicatedly drinkable—even "gulpable," as one reviewer recently put it—and, Great Recession or not, a red you can sip without wincing for under $10 is a minor miracle. Plus, as a bonus, it goes great with Rib eye à la Rapoport.

An Italian grill that does everything 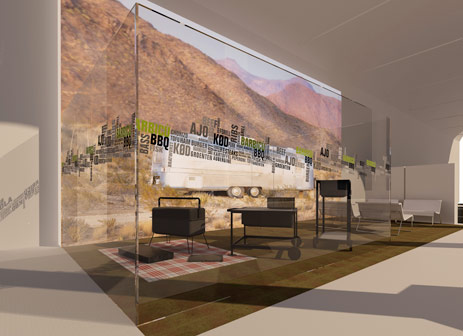 Debuting at Milan's Fuorisalone design-and-architecture show today is Alessi's first-ever grill, the Piero Lissoni-designed Barbicú. Cutesy name aside, it's as sleek, unadorned, and functional as you'd expect from the Italian brand. Modular construction lets you trick it out for whatever purpose you're looking for—use it as an oven; position the grill low down or high up depending on whether you're cooking while sitting or standing; add a chopping board; or use the adjustable windblocks to guard against gusts. In short: Unless you pack your ground burger patties too tight, it's tough to screw this one up.
Price not announced yet; alessi.com

Why not just call it "New Fixes for the Sugar Junkie"? 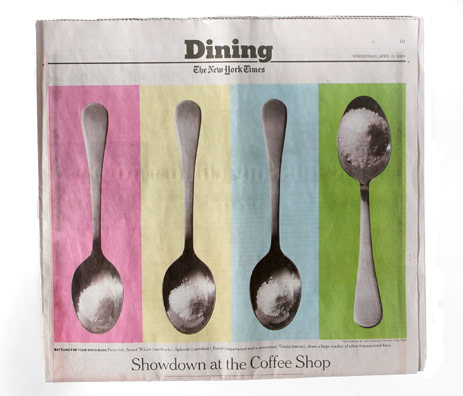 ["Showdown at the Coffee Shop"] 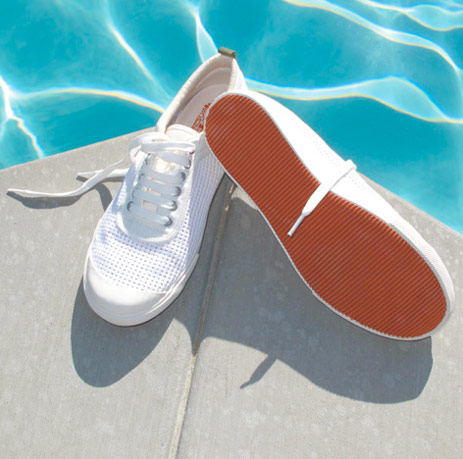 The newest addition to the Ace Hotel Group's growing list of hipster-approved collaborators: Generic Man, the L.A.-based shoe company whose versatile, minimally branded offerings have been steadily gaining in popularity for the past few seasons. Ace and Generic Surplus (GM's lower-priced offshoot)—along with Arkitip magazine—have banded together to launch a perforated sneaker to be worn by poolside staff at the Palm Springs location. A few additional pairs—accompanied by a trio-branded mesh tote—are available for devotees as well, and are on preorder at Arkitip's site. Just don't wear them to the hotel itself, unless you're ready to bus some drinks.
$85, available at arkitip.com and in select stores July 1 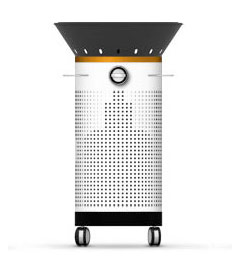 Unlike its usual four-figure offering, the latest grill from Fuego won't require a bank loan to finance. The smaller Element offers up dual burners, direct and indirect 24,000 BTU heating over cast-iron grates, and a swing-out prep tray (equally good, we found, for holding the grillmaster's beer). But the real draw is getting such good-looking design at a more affordable price—all the more so now that the steaks and microbrews of yesteryear are likely to be the burgers and budget beers of Summer 2009.
$400 to $600, depending on accessories, elementbyfuego.com 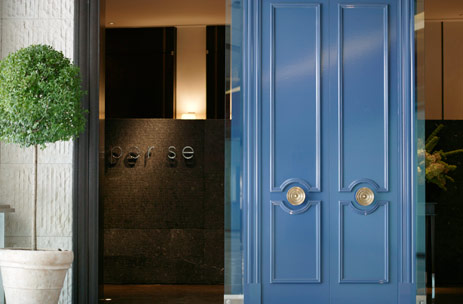 According to today's Journal, at least, which reports that Thomas Keller's ultra-upscale eatery now offers an à la carte menu. (Individual items cost $30 to $40; the prix fixe dinner remains $275.) The article notes that, for obvious reasons, many high-end restaurants are now offering cheaper fare, typically bar food. It's not just a New York thing—L.A.'s Ortolan reportedly now serves $9 langoustine ravioli at the bar. In the dining room, the story notes, lobster spaghetti is $55.

Tags: Food, It's the Stupid Economy 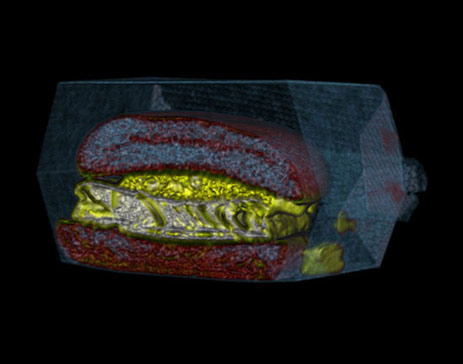 In case you missed it, the Times has a story today on artist-turned-med-student Satre Stuelke, who subjected a variety of objects, from the Mickey D's menu to children's toys, to a CT scanner. (The device produces up to 500 image "slices" that can be colored and reassembled to create a complete picture.) There's an ethereal beauty to these images—reproduced in slideshow form on the Times' site—like the Filet-o-Fish sandwich (above), which glows under a dab of luminous tartar sauce. An iPhone, meanwhile, is crisscrossed by dense circuitry within. We wondered who'd subject his device to such torture, but Stuelke reports that even after a dose of radiation, the phone works fine. The fish sammy, on the other hand, is probably best discarded.

Downtown puts on a happy face 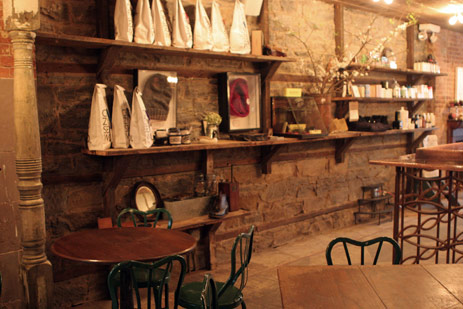 After months of anticipation, The Smile—a new restaurant and store from Matt Kliegman and Earnest Sewn's Carlos Quirarte—opens today. Inside the 2,200-square-foot, two-floor space, you'll find a host of hip exclusives, ranging from Adam Kimmel workshirts and boots to Moscot sunglasses. Despite the shop's French nomenclature—it's named after Le Sourire, a dirty French magazine from the turn of the century—there's also an on-trend section devoted to American-made items, including White's Boots (from Spokane) and Case knives (from Bradford, PA). Coming soon: A bottom-floor shop from tattoo artist (and onetime Earnest Sewn collaborator) Scott Campbell. (It's set to open in two weeks.) As if that's not enough, The Smile will also offer custom-engraved knives from legendary French brand Laguiole. The price? Nothing—they'll be awarded to 20 or so regulars. Or as Quirarte says, "It's something you gotta earn."
26 Bond St., no phone yet, thesmilenyc.com

A peek inside the Ace Hotel 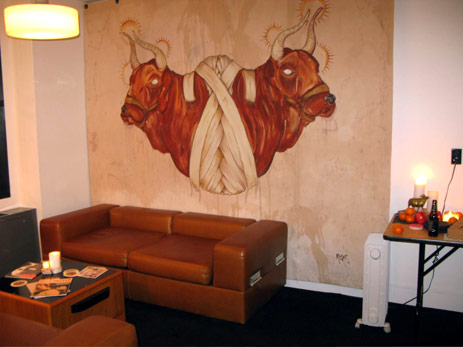 Among design-minded people, the anticipation surrounding NYC's branch of the Ace Hotel—set to open next month—has been building for ages. And though it still has a way to go in terms of construction, the place hosted a small preview last night. (Well, on one of its seven floors, anyway.) We're pleased to report that it lives up to the hype. As you might expect, the Roman and Williams interiors are an attractive (if subtle) variation on the charming, antiqued layouts of the Portland, Oregon, brand's other locations. Here, you'll find old-timey Smeg refrigerators, the occasional bunk bed, and (as we mentioned in a recent story) vintage record players and vinyl. (We didn't spot any Number (N)ine/Pendleton blankets, but the plaid comforters are a nice alternative.) The rooms also feature special pieces from local artists—that's Ryder Robison's double buck pictured above. We sampled some delicious finger food (like beef short-rib empanadas and tempura artichokes with salt cod mousse) prepared in the kitchen of the hotel's Spotted Pig outpost. Tasty stuff, but you'll have to wait longer to try it: The restaurant's not set to open until April.
20 West 29th St., NYC, (212) 679-2222, acehotel.com 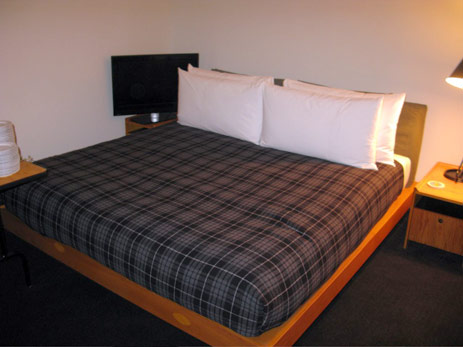 The Year in Preview 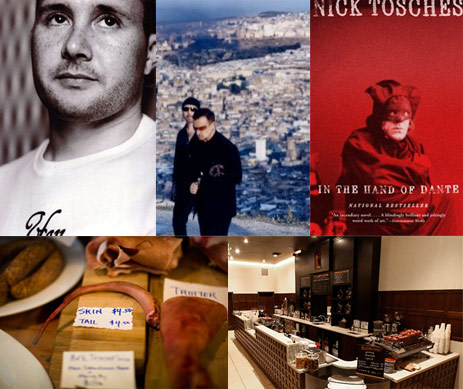 There has been ample opportunity to reflect on the highs and (mostly) lows of 2008, but the future, luckily, isn't all bleak. Below, your optimistic MEN.STYLE.COM editors name a few bright spots on 2009's horizon:

January 25 will mark the first-ever runway show from one of my favorite brands, Dunhill. Last year the luxury house named Kim Jones, the talented British designer heavily influenced by youth culture, its creative director; this will be his first season showing for the company. Normally I wouldn't get my hopes up for a debut outing, but the prospect of a fresh eye and the vast archives at Jones' disposal lead me to expect something inspiring on the runway. What's more, the collection has not had a single designer since the days of Alfred Dunhill himself, so it will be interesting to see what interpretation the new creative head brings—especially given the quirky and unorthodox approach he takes in his own collections, both namesake and for Umbro.

March 2, 2009: The day that U2's 12th studio album, currently titled No Line on the Horizon, sees its release. Unfortunately, early indications haven't been ultrapromising. For one thing, it seems the first single is an electro-rocker called "Get Your Boots On" ("Discotheque," anyone?). For another, Bono's taken to wearing eyeliner—but the Irish boys have had a pretty good run lately, with nary a misstep (well, arguably) since Pop. And even though they're due for a stinker—they tend to release a crappy record every third time out—I'll give them the benefit of the doubt. Why? Because I have to: There aren't too many other musicians out there worth devoting the time to.

Fashion first: Adam Kimmel has a no-nonsense style that suits the times, and he's still underexposed as a designer. I'd like to see him at least nominated for a CFDA award this year. On the movie front, Johnny Depp just bought the rights to Nick Tosches' book In the Hand of Dante, and I hope he gets to make it in 2009. Tosches is my favorite writer, Depp wouldn't have to wear a pirate costume, and there's one role, a psychotic mob killer, that has Mickey Rourke's name all over it. I'm also curious about Inglourious Basterds. Tarantino's been treading water the last few years, but this is a semi-intriguing project. Not sure about Brad's 'stache, though. As for what I'm not looking forward: March 2, 2009.

The Chinese calendar may have deemed 2008 the Year of the Rat, but every plate I ate off told a different story (a good thing, I'm sure we can all agree). In fact, we were living hoof and snout in a glorious year of the pig. A new generation of swino-phile restaurateurs showed us the finer points of tip-to-tail dining (as much an extreme sport as an epicurian pastime); now for the new year, they're helping us bring it home. Just last week Brooklyn's Tom Mylan and his team opened the butchershop Marlow & Daughters (a companion to the popular Marlow & Sons restaurant in Williamsburg). Here, grass-fed meats of every imaginable cut and kind are on offer for the daring home cook. I may not be able to work the wonders of the chefs I've admired, but the do-it-yourselfer in me can't wait to try. In 2009, if you can't take the heat, stay out of my kitchen.

Sure, the restoration of America's image around the world is nice and all, but what I'm really looking forward to in 2009 is Stumptown Coffee's first branch in New York. The West Coast favorite will make its home inside the new Ace Hotel, which has already received plenty of ink (some of it virtual). Given I live in New York, I'm not likely to spend many nights there, but I can stop in for a cup of the brand's deliciously brewed joe, which I first sampled in '07 on a visit to Portland. Of course, this is small beans (sorry) compared with what I'm really looking forward to: The 2010 World Cup in South Africa. That's the soccer World Cup for you nonbelievers—and no, I'm not British.