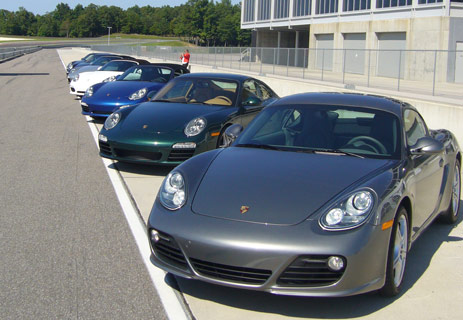 The most attractive aspect of Porsche's new four-door Panamera, which we plugged in our Fall Trend Reports, may well be a feature that debuted in the Carrera last fall: the seven-speed marvel of modern engineering called the PDK. A recent opportunity to try out the PDK on a track (though not, sadly, in a Panamera) left me mighty impressed. Thanks to its race-derived double clutch—which basically ensures that the next gear is always spooled up and ready to kick in—shifting was lightning-fast, yet butter-smooth. Also remarkable: the transmission's ability to adapt to your driving habits—say, delaying upshifts when you let off the throttle once it's determined you're a bit of a lead foot.

Intrigued, but still a few bucks short of the 100 grand a Panamera will run you? Head to Birmingham, Ala., for a weekend at the Porsche Sport Driving School, which is based next to the hairpin-heavy track where I put the PDK to the test. With luck, you'll have head instructor Cass Whitehead riding shotgun. Along with 20 years' experience racing cars for a living, the guy's got the patience of a kindergarten teacher and constitution of an astronaut. Despite my giving him ample opportunity to put both traits to good use, Whitehead's calm, authoritative instruction definitely helped make me a better driver, both on the track and—I'd like to think—in the real world (although it bears noting that I'm defining a good driver as someone who's able to execute a proper exit ramp turn-in while doing 60 in an SUV).

But wait, there's more. While in 'Bama, be sure to set aside some time to tour the jaw-droppingly cool motorcycle collection that George Barber, who owns the motor sports park, has on display in a gargantuan museum nestled right next to the track. Built in 2003, the cavernous industrial-modern space is pretty much bursting at the seams with lust-worthy bikes. While most collectors tend to focus on a certain era, or maybe a favorite make, Barber's acquisitional philosophy seems to follow a slightly looser set of dictates—namely, if it's got two wheels, he'll take it. I'm told the collection now numbers around 1,500, although fewer than 500 motorcycles are on display at any given time (alongside a world-class Lotus collection and a bizarrely awesome assortment of vintage outboard motors). If you don't walk out of here dead-set on picking up your own vintage Triumph (or maybe a Moto Guzzi—I haven't yet decided), you may want to have your head checked. Whatever make you settle upon, take Whitehead's advice and stick to the Porsches while you're on the track. At least they've got air bags. 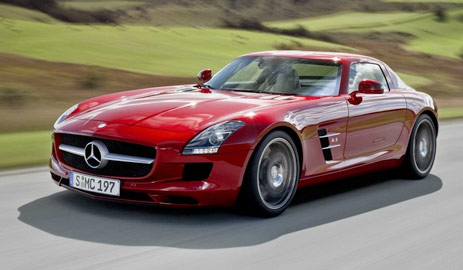 The Frankfurt Motor Show, which opens today, has always been a bit more of a performance-car spectacle than similar events in Geneva or Tokyo or Detroit; we're guessing it has something to do with having the Autobahn and the Nürburgring track so close at hand. Below, five Frankfurt debuts worth keeping on your radar—or at least your wish list.

And for full coverage of every nut, bolt, and screw, head over to Autoblog for the gritty details. 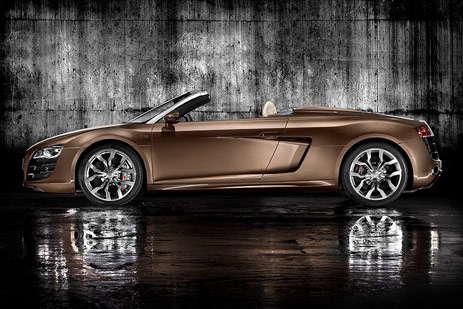 It's been a sort of mini Tech Week from Germany: Yesterday brought new Leicas out of Solms; today, it's new Audis from Ingolstadt. Instead of matte black with a trademarked red dot, Audi's new 2011 R8 Spyder, as unveiled, is a rich chocolate brown with a drop top. Details on the guts are still sketchy—other than the Spyder's 5.2-liter V10, which kicks out 525 hp—but it's the body that's caught our eye, anyway.
Price not yet announced, available early next year; audiusa.com 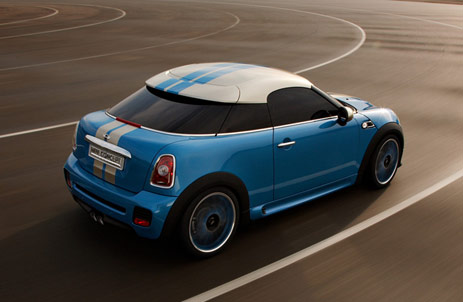 A half century ago today, Alec Issigonis' first Mini rolled off British Motor Corporation assembly lines. The thing handled like a go-kart—both in the good way and the bad way—and featured storage spaces in the doors the size and shape of gin bottles. Ten years ago (just before BMW took over the company), it was voted the second-most-influential car of the century, behind the Model T. For its 50th birthday, BMW's celebrating with a toe-dip into the future: the two-seater MINI coupe concept, with a swept-back windshield and a turbo 1.6-liter, 211-hp engine built for speed—or, at least, as much speed as can be harnessed by a car sometimes derided by gearheads as a mere toy. But love it or hate it, 50 years of inspiring dissent is an achievement in and of itself. Even Johnny Rotten's only 53, after all. 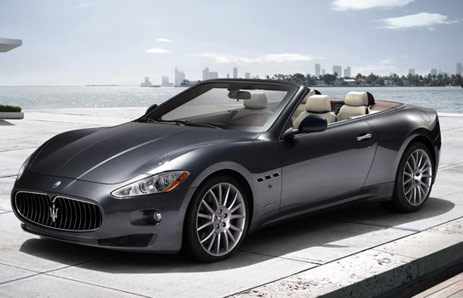 Maserati's first-ever top-down four-seater, the GranCabrio, has been the subject of spy shots and speculation throughout its top-secret development—hard top or canvas roof? Would the rear seats really survive the transformation of the Pininfarino-sculpted GranTurismo from a coupe to a convertible? Today's official announcement should put all that to rest. (For the record: canvas, and yes.) Power comes via a 4.7-liter, 433-hp engine from the GranTurismo S (the "S" stands for "sport," though it may as well be "speed"); legroom comes from the longest wheelbase of any convertible on the market; headroom comes from God—or Mother Nature, depending on your inclinations.
About $179,000; orders taken this winter, with delivery in spring 2011; maserati.com

Bentley gears up for the turnaround 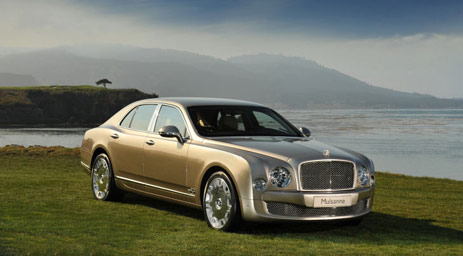 A funny thing happened at Bentley HQ on the way to updating the company's Arnage model: So many things warranted changing that an entirely new car resulted. The 2011 Mulsanne, introduced yesterday at the Pebble Beach Concours d'Elegance, is an homage to W.O. Bentley's 1930-31 8-liter flagship—at the time, the largest and most luxurious car in the world, not to mention a speed demon capable of 100-plus mph. Full specs on the Mulsanne will have to wait until next month's Frankfurt show, but suffice to say it's V8-powered and sports classic Bentley lines. Classic, that is, with some contemporary upgrades. Case in point: The retro-futurist headlights are aristocratically stylish—and ringed by daytime-running-light LEDs, the better to break through the fog.
Price not announced, on sale mid-2010, bentleymotors.com 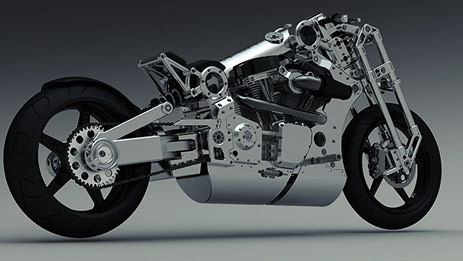 Confederate Motorcycle Company was founded in 1991 "to create machines utilizing a holistic, avant-garde process for celebrating the art of rebellion." While this mixture of hypersensitivity and anarchy might sound painfully awkward on paper, the company's since turned out some of the most striking motorcycle designs seen in years. The latest: The new limited-edition (45 of them) C120 Renaissance Fighter, debuting at the Quail Motorsports Gathering in Carmel, Calif., a week from today. Confederate claims that the bike delivers "personal liberation" via the deployment of "yang energy"; we'd rather note that this badass packs 1966 cc's and tops out at 190. It's sold exclusively through Neiman Marcus for now—so while the wife's stocking up on La Mer crème, you can get your ya-yas (or your yin/yang) out too, provided you're willing to rebel against your bank balance.
$110,000, neimanmarcus.com 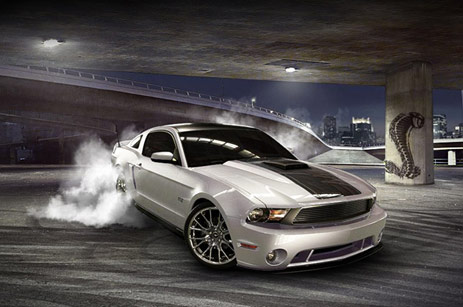 We're not sure if this is a result of their marketing team playing too much Grand Theft Auto, but Ford has launched a customizing site that lets you trick out your dream Mustang with just the right grille, louver, chromes, and most anything else. Perhaps realizing that, if given the option, most sensible people would make only one click—"1968 Shelby"—the customizing is limited to the current '10 model, but it lets you do two things that GTA enthusiasts can't: Work on a real car with real parts—and buy the thing when you're done.
fordvehicles.com 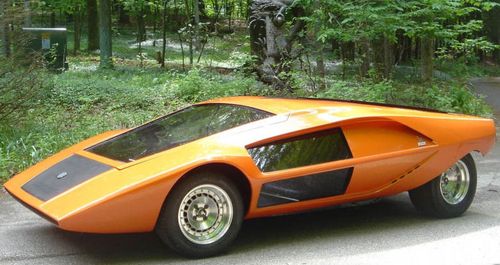 There's no shortage of MJ memorabilia on the market since the King of Pop passed away, but this one's more special (read: weirder) than most: the sherbet-orange Stratos ZERO concept Jackson drives around in 1988's Moonwalker, now up for grabs on eBay. The seller notes it has limited rear visibility. Yeah, that's going to be your first concern with this one.

More mpg for your mph 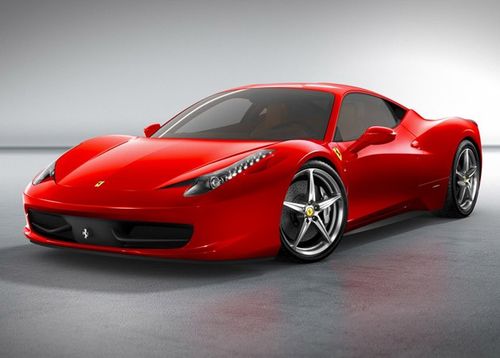 The world will have to wait until September for the actual unveiling, but Ferrari's just-announced successor to the F430, the 458 Italia, looks ready to steal the Frankfurt Motor Show. The two-seater mid-rear-engined berlinetta is an entirely new model, not an update, and carries over lessons learned from the F1 track not just in aero design but also in engine performance, which has been relentlessly tailored to reduce internal frictions. Regarding the body design, it's still a beauty—after all, Pininfarina's in charge. But as for that internal friction tinkering, it's the result of Ferrari's first real attempt at a fuel-efficient car. While the company has brought some numbers up—the 4.5 liter V8-powered Italia rates 17.1 mpg—it's likely other figures that'll be grabbing more attention: 0 to 62 in 3.4, with a new top-speed record for Ferrari, 202 mph.