I Was On to Representative Joe Wilson

On Wednesday, September 9th, Representative Joe Wilson (R.-S.C.) shocked the nation by interrupting President Obama's speech on health care to a joint session of Congress, shouting out "You lie!" and pointing his finger. He surprised the President and his aides, the Democratic membership, and most of the Republican membership with this unprecedented violation of protocol. I, however, was not surprised. I have been watching Wilson for some time, noting strange clues hidden in his sartorial style. He wears lobster-bib ties that could be concealing electronic devices as well as cultist-size lapel pins, often more than one, large enough to serve as antennae. Superficially Wilson's is simply an unfortunate style, common enough in the lower House. 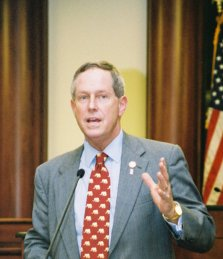 He seems to wear permanent-press shirts exclusively, which contain chemicals that might possibly cause outbursts. 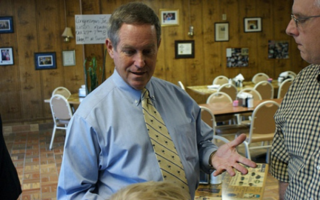 His ape-length jacket sleeves indicate that he may experience occasional bouts of "Hulk" syndrome. 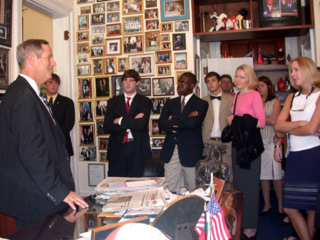 At the time of the incident his shirt appears "stuffed." And he is carrying an electronic device in his pointing hand, as well as a glazed angry look. 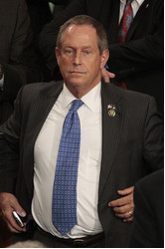 Rep. Joe Wilson, in light gray, is not really an extra long. He lies. 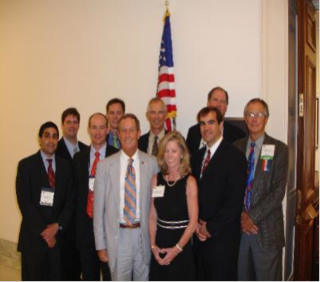 Wilson habitually wears repp/club combo ties with remarkably ugly or cryptic devices on them. One wonders if they represent Southern secret societies. Note the crookedness of his index finger. 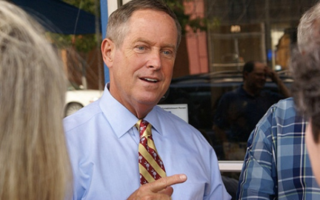 Is Wilson, seen here with brain trust, wearing two beepers, or is the small device with two blue lights a vibrating ultralight lie detector? Maybe that's how he came to believe that Obama had lied! 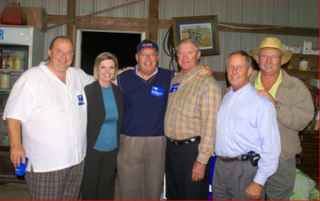 Here is Wilson heckling the President of the United States. Notice the crookedness of his pointer finger, and that he appears to be sitting between twin or cloned Republican representatives. Perhaps the very large cufflink visible on the pointing hand is remotely controlled. 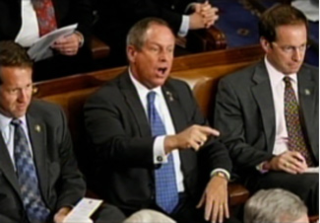