I just noticed that one of the Topics listed on this page is wine. This would suggest that I should cover it semi-regularly, at least. I love wine. I do believe in Bacchus. I do believe in Dionysus. (Not Tinkerbelle.) I drink wine daily, more or less. And I would probably drink a fair amount of wine even if recent articles had not suggested that drinking it in moderation might have health benefits and even promote longevity. Turns out that—like butter, and real sugar, and lard—wine is good for you! 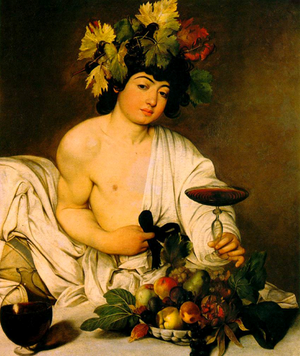 Bacchus, god of wine, by Caravaggio

I do believe that there are health-promoting substances in wine. I just don't think anyone, at least nobody I know, drinks in what the experts call "moderation." Like, one glass a day. Even the nuns I've known drank more than that. But I do believe that wine is good for you, although I also recognize that it's possible to overdo it and that I have overdone it on, well, several occasions. Like last night. But not tonight.

In any case, I wrote on this blogue last January about how I no longer drink spirits, only wine. So if you'd like to go back and read that as a preamble, I'll wait….

Anyway, wine drinkers are supposedly 32% less likely to get cataracts than non-drinkers, and 43% less likely than beer drinkers! Moderate wine-drinking is also said to cut the risk of colon cancer by 45%. And, of course, red wine is supposed to be good for your heart because it contain tannins and tannins contain procyanidins, which help prevent heart disease. 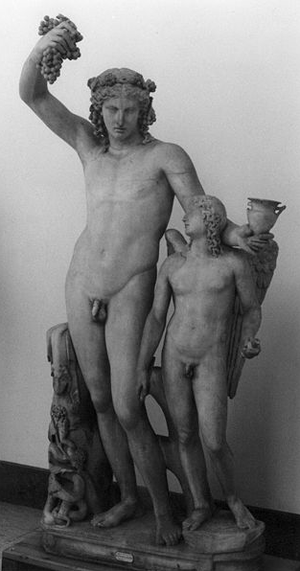 Recently I was listening to an NPR chat about a book called The Blue Zones: Lessons for Living Longer from the People Who've Lived the Longest, by Dan Buettner of National Geographic. Buettner noted that the place on earth with the most male centenarians is a shepherding culture in Sardinia. It's full of lively oldsters like the 104-year-old Giovanni Senai, who was out chopping wood at nine in the morning, after a glass of the local red, Cannonau. One of the theories on the longevity of the geezers of that region is their culture's long-term consumption of this wine called Cannonau, a red that is particularly full of procyanadinis and anti-oxidants. According to Mr. Buettner, it has three times the anti-oxidants of any other wine. 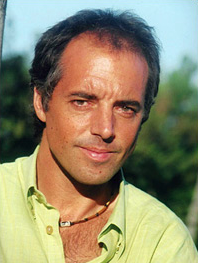 Anyway, ever since I've been studying the effects of Cannonau. If I'm chopping wood when I'm 104, you'll know it's the vino. Actually the "cannonau" grape is the same known elsewhere as Grenache, which is generally considered to be native to Aragon in Spain, where it's known as garnacha. 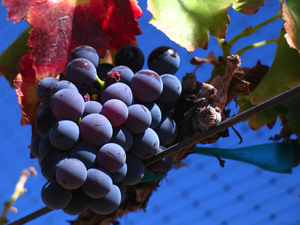 Some experts, particularly the Italians, insist that the grape is native to Sardinia and it was exported to Spain during their four centuries ruling that big, luscious island.

I have had quite a few bottles of Il Bombarde, which costs less than $15 a bottle and is a fantastically rich wine for the price. The popular blog "Good Wines Under $20" edited by Deb Harkness, who knows her stuff, writes: "The 2003 Santa Maria La Palma Le Bombarde was one of those wines that reminded you that rusticity is something that you happen upon all too infrequently these days when drinking wine. ($18, Bion Divino). Upon first sip, it smelled and tasted like iron—overwhelmingly so—with some gamey notes that made me think I had made a serious mistake with this wine. I left it alone in the glass for 15 or so, then sipped it and the iron tang had gone, replaced by flavors of meat and leather. Another 15 minutes and the meat and leather had melded with a strong, cherry liqueur flavor. In the end it was very much like an older Chateauneuf du Pape, with all the rusticity and funkiness left in and none of its opulence of plushness. Tonight we have Sileno on the menu, from Ferruccio Deiana, under $20. Tomorrow perhaps 'Inu Cannonau di Sardegna Riserva Contini," a bit more than $20 but certainly not too rich for my tannin-thinned blood." 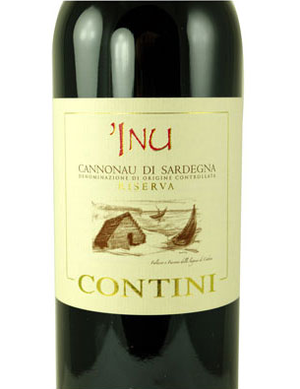 I know the idea of drinking wine for health is not exactly widespread among Americans, who probably find the concept propaganda from the decadent French and Italians. In fact I imagine there are far more Americans who think they are drinking diet soda for their health than those of us who use that excuse for drinking wine. And I have quite a few friends who belong to a club where drinking is frowned upon. In fact, not drinking is the purpose of that club. Personally, I think such organizations are marvelous for some people, and I have seen their beneficial effect on both friends and family members. But in recent years AA seems to have lost a bit of the chic quality that it had around the turn of the millennium. Let's just say that there are probably fewer non-alcoholics in Alcoholics Anonymous today than there were back then. A friend of mine used to try to talk me into going to meetings with him. I'd say, "But I'm not an alcoholic." He'd say, "it doesn't matter. You should should see the chicks there. Everybody goes to this meeting. Aerosmith goes to this meeting…"

"I thought it was supposed to be anonymous," I'd say. My friend just shrugged. But I knew about several meetings attended by friends that were packed with sharing, qualifying celebrities. Anyway, now several of my friends who used to be teetotalers in that club now drink again, and I must say that I find it to be something of a relief. It's okay that it took them ten years to figure out that they were heroin addicts, not alcoholics. Whatever it takes. As for the long-term members of the club, I must say I believe that some of them have literally had their lives saved by the program. But then there are others, even some whom I might have called drunks at one time, who have achieved long term sobriety and still I'll think, "Maybe he should go back on the bottle." A delicate balance there. Personally I believe in cutting down. Temperance is not abstinence; it is moderation. If you think you're drinking too much, read Under the Volcano and switch to beer for a while. I recommend drinking Guinness. Unless you're Brendan Behan you'll likely get full before you get drunk. 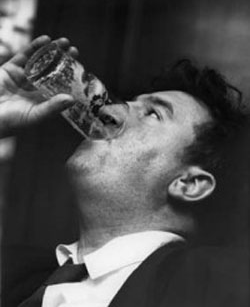 I once heard a story that back when the late, great Behan was Ireland's de facto poet laureate he was approached by the beer-making giant Guinness to come up with a slogan for their famous stout. According to the story, Behan said that he was interested in the project but thought he needed some of the beverage to inspire him. The company arrived with a large quantity of stout, and Behan told them to return the next day. Supposedly the executives arrived, knocked and knocked, but got no reply. The door was unlocked, however, and they let themselves in and discovered Behan lying on the living room floor unconscious. Scrawled on the wall in large letters was the slogan: "Guinness…it gets you drunk." Undoubtedly this story is untrue, but I choose to believe it anyway. In fact one slogan that the stout used for years was "Guinness is good for you." Some macrobiotic folks I used to know called the stuff "Irish miso" and believed it was very beneficial. I make a point of having one now and then, particularly if I'm in a pub where they have it on draft. The bottled stuff, in my opinion, is not so good, although that magic pint can they've developed served up a genuine draft quality drink. I also find Pilsner Urquell in the magical draft pint can quite excellent. 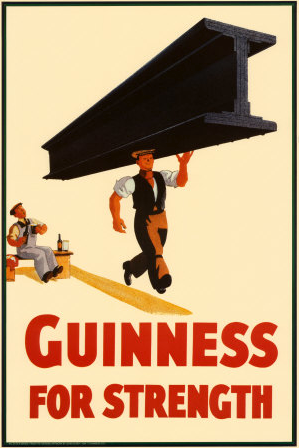 I admit I have had a doctor tell me to quit drinking. He may have been drunk when he said that. I believe he was definitely smoking a cigarette. Of course there's the old joke about how a doctor knows if you have a drinking problem: if you drink as much as he does. I once had a very, very old and wonderful doctor. He was so old that his hand shook so much I used to ask him if it was okay if I stuck the needle in when he was taking blood. (He never let me, so I always got a big bruise.) I don't think he was shaking from drink, but he did drink, which is maybe why he was practicing well into his 80s. He said, "Son, I'm not out to make a teetotaler out of you." Which meant I could continue going to him. I remember seeing Tom Waits on Broadway years ago. He had a set on stage, with a table, a chair, and a refrigerator. Several songs into the show he went to the fridge, took out a beer, and opened it. "I went to the doctor and he told me to to quit drinking," Waits said, "Now I'm the doctor."

That was, of course, some years ago. I hear that now Tom's wife is the doctor. Anyway, we all have to find our own path. Right now I'm drinking wine for health, one day at a time. I'm the doctor, my doctor, but not your doctor. To your health!