One of the best ways to fight depression in its various forms is to pick up a book.

Reading is cheap. It’s basically cheaper than almost any other form of entertainment (except maybe whistling), because if you’re really broke you can get a library card and do it for free. And reading is not only free but time-consuming, so the more you read, the less time you have to spend money. It’s an easy way to spend hours and hours that just seem to float by blissfully, taking you far, far away from the anxiety that is encouraged by other alleged forms of relaxation, such as video games and television.

If you want to relax you have to get as far away from the breaking stories as possible. Which is hard now when you get into a cab and suddenly there's the Eyewitness News Team filling you in on the news. But trust me, breaking stories are like waves. They are all different, but basically all the same. And they cause erosion. Except it’s not the beach, it’s your brain. But reading can take you far from all that breakage, back into stories that are unbreakable. A good novel or history can easily transport the reader into a world that is vastly interesting and entertaining but which actually may challenge some of the more grim assumptions enforced by a diet of “pop culture.” If you want to change the world, start with your own world, which you can change by imagining another one. And you can imagine another one because someone has already created it. 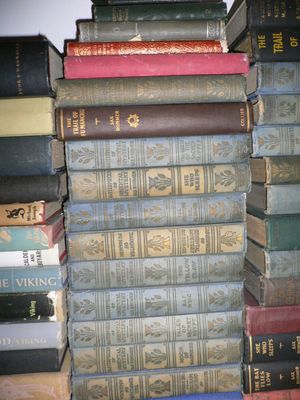 Here’s a stack in the bedroom in my country house that will definitely transport you to another world. Mostly the world of the insidious Dr. Fu Manchu in the novels of Sax Rohmer, in which Sir Denis Nayland Smith and Dr. Petrie, who are as amusing in their own way as Holmes and Watson, fight the insidious Asian as he attempts to drive back the white man. The Sinophobia is spectacular, even though, as we all know now, the Chinese are not out to conquer the world.

Anyway, if the news has got you down and the high pressure of conspicuous consumption enforced by the fashion magazines has got you worried that you can’t keep up with the times, forget the times and try the first century for a while. It has just as much action, adventure, lust, betrayal, tragedy, and triumph as our times, often more, and you don’t have to do anything about it. There’s a whole other world back there in the past, just waiting to fascinate and divert.

At one point reading became an expensive habit for me, because I don’t just love reading, I love books, and I started collecting them. Not only was that expensive at times, but at one point they start competing with the furniture for space. But things have gotten better, even for the bibliophile. One great thing about the Internet is that it changed the nature of book collecting. I still go to book fairs, but now I usually have someone on the other end of the cell phone to go to the great bookselling sites to compare prices. And while it’s lovely to ogle and handle books, I almost always buy them online now.

Thanks to the Internet you can now find almost any book at an affordable price. (Except those rarities that were published only in very limited editions.) I often shop with Alibris, but the site that usually offers the most comprehensive selection is ABE Books. There are exceptions of course. Like Wyndham Lewis’s Doom of Youth is gonna set you back a C note no matter how you look at it, Same with Ted Berrigan’s A Feeling for Leaving, but what do you expect? They only printed 400 of them. Richard Brautigan’s Would You Like to Saddle Up a Couple of Goldfish and Swim to Alaska? That’s going to be several hundred bucks. I’m so glad I sold all my GM stock and put it into the New York School Poets. But most books can be had pretty cheap if you’re not that choosy. If you’re willing to settle for an ex-library copy you can pick up most hardcovers for a song. 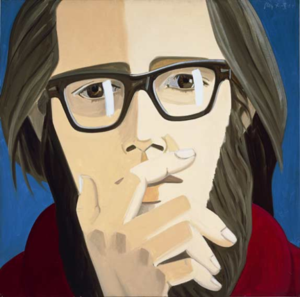 By the way, don’t think poetry is for squares. Au contraire. One of the fastest ways I know to acquire a New York State of Mind is by reading the New York School poets: Frank O’Hara, Joe Brainard, Ron Padgett, James Schuyler, Bernadette Myers, Ted Berrigan. To name a few. Get a copy of O’Hara’s Lunch Poems and/or Berrigan’s The Sonnets. Contained there are good reasons why many of us moved to New York City.

Nothing beats the feel of reading Nabokov's "Lolita" in public transportation. It's both intellectual and a little polemical, which makes it the perfect balance between looking smart yet totally avant-garde. Brilliant.