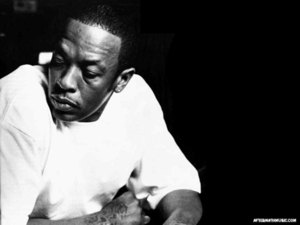 I loved hip-hop in the early days, but I drifted away from it when the themes seemed to swerve into braggadocio tinged with the forbidden. If I was interested in conspicuous consumption I’d just stick with the Robb Report. Hip-hop was great when it scared the shit out of people—like N.W.A. Who were, by the way, really creative in their sources, using Roy Ayers, the Honey Drippers, Brass Construction, Wilson Pickett, Steve Miller, William DeVaughn, Z.Z.Hill, the Pointer Sisters, and Charles Wright & the Watts 103rd Street Rhythm Band, among many others.

Now I don’t listen to a lot of hip-hop these days, but every once in a while something will sneak up on me and make it onto my heavy rotation, like Chamillionaire’s “Ridin’ Dirty.” Anyway, lately I discovered that there were a few things I really liked listening to that represented unlikely combinations. After listening to Ben Folds croon Dr. Dre’s “Bitches Ain’t Shit,” I found that I was likely to play the amazing bluegrass version of Snoop Dogg’s “Gin & Juice” recorded by the Gourds, an excellently soulful and literate alternative country band from Austin. 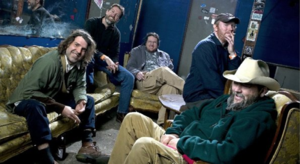 After that I might put on Snoop Dogg’s tribute to Johnny Cash, “My Medicine.” 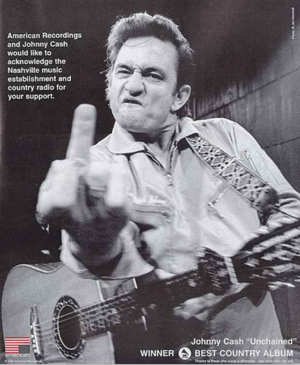 And so I found myself wondering if there might be a sneaky little fusion going on hip-hop and country or bluegrass. I never thought much about bluegrass, except when I went to Ireland and found that the locals love it. I found myself sometimes thinking, wow, that’s pretty good. It’s almost like blues. And then of course there was the unexplainable fact that I saw the Coen Brothers’ “O Brother Where Art Thou” at least a dozen times and bought the CD the week it came out. Maybe there’s some important link, deep in the past, or maybe slightly in the future.

And then I found Rench. This guy is a player and producer who makes a lot of music. He’s up there on MySpace, where you will notice that he lists among his influences George Jones, Run DMC, Gram Parsons, Missy Elliot, Merle Haggard, Outkast, Otis Redding, Conway Twitty, Macy Gray, Lefty Frizell, Public Enemy… You catch my drift. 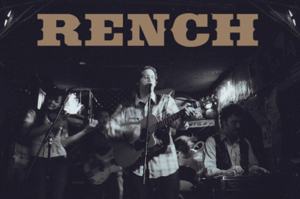 Now Rench has made a lot of music, but that which most fully and astoundingly fulfills this fusion I thought I dreamed up is Gangstagrass. I played it for my eight-year-old and he was really impressed. He said, “It’s like hip hop and country at the same time.” Yeah, he’s right.

This music is now in full effect on my MacBook. Full-scale hip-hop emceeing over full-tilt country picking. Public Enemy meets Flatt & Scruggs. And the amazing thing is how natural the blend is. Like, how did we not know that bluegrass is funk? Rench and his Brooklyn-based crew make this absolutely clear. I particularly dig the tracks with vocals performed by Deep Thoughts. Check out “Going Down.”

This is about as American as you can get. In the good way. Makes you think that all those strange roots dig into the same rich earth, and you never can tell what kind of wild hybrids we got growing in the greenhouse.