< A Personal Philosophy of Drinking | Main | Nationalize the Banks, the Yanks >

I Gotta Be Me It’s hard enough being yourself in this conformist age, but then somebody goes and takes your name. Your good name. The name your parents gave you but that you worked your whole life to make. There ought to be a law.

Okay; say I Google myself, looking to see who I am, what I’ve been doing lately, and what those pesky bloggers are saying about me—and there they are, the Glenn O’Brien impersonators. I mean, it’s bad enough to have other Glenns out there confusing the issue, Glenns like Glenn Miller, or Glenn Frey, or Glenn Danzig, or Glenn Buxton who used to play with Alice Cooper, or Glenn Close for God’s sake, but now there are all these other Glenn O’Briens. Why? How can you stand standing in my shadow, dudes? If I were you I’d give up and go by Butch, or Chip, or Bud. I am THE Glenn O’Brien. I was here first. THE Glenn? Well, I don’t mind sharing with Glenn Ford and Glenn Gould, but Glenn Beck from Fox News can take a hike. And those fake Glenn O’Briens, well, they should get a life. Of their own. 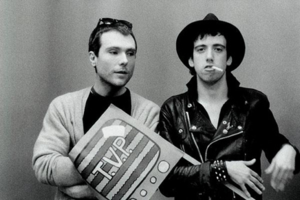 First of all there’s the Glenn O’Brien who’s a DJ in Connecticut. Some woman blogged very snarkily how sad it was that the once-glam moi ended up a local DJ in Connecticut. Even when I made an effort to contact the blogger to inform her that she had the wrong GO’B, it was still up there for a long time, how pathetic I am. I think I must have resisted her advances back at the Mudd Club or something, but boy she was mean, even when she realized she was wrong. 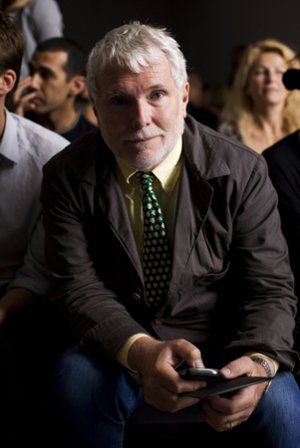 Now this DJ, who is on a “soft rock station” (can you imagine owning up to being involved with something called “soft rock?), has the temerity to do “Glenn’s Blog,” which is really, really boring, about being the wake-up DJ in a miniscule market. Listen Glenn, I have nothing against you but your name, but if I were you I’d change my name to Bert.

Okay, then there’s Glen O’Brien the gay Irish writer, author of Praying From the Margins: Gospel Reflections of a Gay Man and editor of Coming Out: Gay Irish Experiences. Now at least he has the decency to spell Glen wrong, but if I were this cat I’d change my name to Guy. I don’t mind if people think I’m gay. It would help cut down the number of my female stalkers. But why would this guy want anyone to think he’s me? It makes no sense. 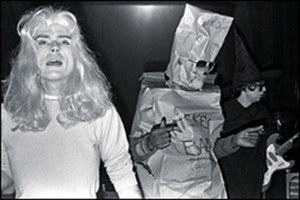 Another single-n impersonator is a real estate agent. I’d rather be a gay Irish Catholic writer, to tell you the truth. I don’t blame this guy all that much, since he’s Australian and he looks young enough that maybe his parents named him after me, but still, isn’t it a little like being named John Wayne? How can you look at yourself in the mirror, Glen?

There’s a Glenn O’Brien in Australia, too. There seem to be lots of O’Briens in Australia. But O’Brien is the most common Irish name and remember, Australia was once a penal colony. This guy is a motorcyclist and four-time Australian sidecar champion. Actually, I don’t mind you using my name, pal. I hope you’re still alive. 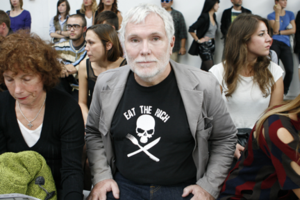 You know this could never happen in the Screen Actor’s Guild. They allow only one person per name. For example, why should Glenn O’Brien, Eastern Regional Sales Manager of Lime Financial, continue to do business under my name? Should I not have “eminent domain?” He went to Rutgers. I wonder if this is the same Glenn O’Brien from New Jersey I had to sign papers asserting I wasn’t when I got a mortgage. No, maybe it’s the guy in the East Hampton phone book. Or the one in Winter Springs, Florida. I am also not the guy from Berlex Laboratories, or the one from Canada Life Assurance Co., or the one from Digital Appliance Corp. But as far as I can tell, I am most of the other ones.

But if he’s wearing bike shorts, it’s not me!

Hey "SOMEGUY",
Its obviously a humor piece. Lighten up for chrissake!

yeah, you are glenn o'brien good for you. And I am glad you got a good career image to go with your name, however i think your article is quite insulting to the other glen(n) o'brien. In this article you assert yourself as better than every one of them and that they should please you, and change their name.

Who do you think you are? Just because you are famous, it gives you the ability to downgrade the rest of the people? Do you know how many people have my name? Just think of how many nguyen there are in this world. Everywhere I go, I get asked am I that poker player or that doctor, etc....

Either way, I think there should be a topic instead of writing on something like that. Especially for a style magazine. Just my input.

fraxbo, this is yr best comment in a while?

This is your best post in a while. Funny, charming, self-effacing (despite the outward appearance of pomposity). That is the face of Glenn we know and love. You are also correct; you are the real Glenn O'Brien and should remain standing.
The Real Francis Borchardt