Read This Book: 'Both Ways Is the Only Way I Want It,' by Maile Meloy 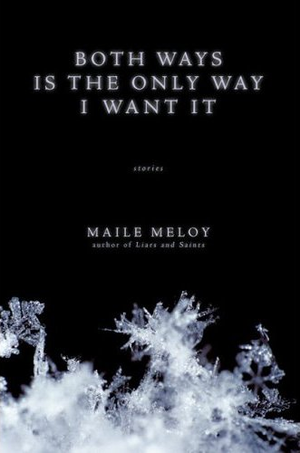 There are some writers whose stories are inseparable from the place the author is from. Tom Perotta's New Jersey is one; Faulkner's Mississippi is a big one. Add Maile Meloy's Montana to that list. In her new collection of short stories, Both Ways Is the Only Way I Want It (out today), she gets at the strange character of the American West—vast, isolating, lonely—better than anyone since Annie Proulx. In “Travis, B.,” a woman putting herself through school reluctantly takes a part-time teaching job that is a near 10-hour commute. She spends most of her off-duty time recovering from the draining cross-state trek. But that hardship pales next to the tedium one of her students must bear waiting for her to return. “That weekend was the longest one he’d had. He fed the cows and cleaned the tack for the team. He curried the horses until they gleamed and stamped, watching him, suspicious of what he intended.” Here, as in previous works like Half in Love, Meloy has a gift for portraying the tedium of waiting for things to happen in a place where they rarely do—and the shock that comes when something finally occurs. And if the mark of a good summer read is adultery and violence…well, it has that too.—sarah goldstein