A Matter of Space 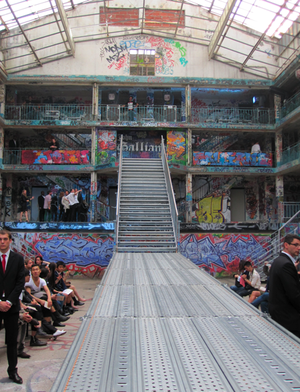 About to hop a plane to New York to get back to the family and job. One final thought on Paris: As impressive as the shows are, the spaces in which they're held are often even more memorable. In Milan, labels like Gucci, Dolce & Gabbana, and Armani keep it consistent, hosting shows in their own little arenas; in Paris, it's anything (and anywhere) goes. You get centuries-old churches, sky-lit parking garages, magnificent government buildings, Napoleon-era mansions and deserted train depots, from the center of town to the farthest, dumpiest outskirts. This week, John Galliano commandeered a crumbling, 1930s indoor swimming pool, drowning in layers of grafitti. An hour later, at 10 p.m. (just as the sun was finally dipping below the cityscape), Raf Simons welcomed the crowds to an immaculate gardened courtyard, at what is now a school for the blind. The two venues couldn't have been more different, or more stunning.

Alright, gotta go—about to take off. See you in September at the New York shows.—adam rapoport 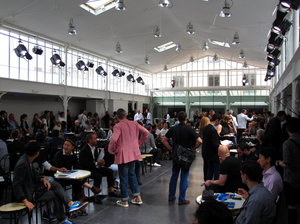 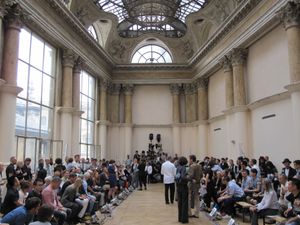