On Friday night, July 18, GQ threw a party in Austin, Texas—in tandem with our friends at The Huffington Post—for the Netroots Nation conference, a yearly gathering of political bloggers. In a town this laid back, it made sense to keep it simple: BBQ and booze. So we rented out Lambert's Downtown Barbecue and set up an open bar. Here's who came out: 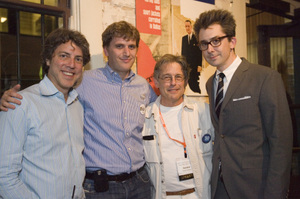 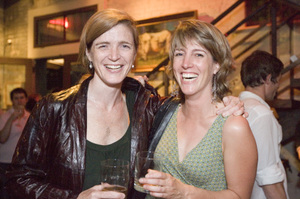 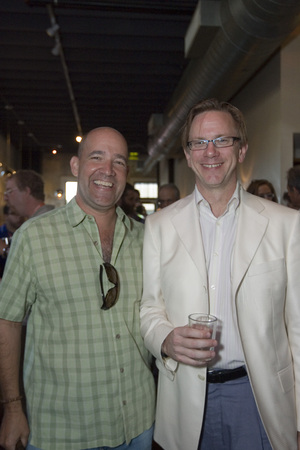 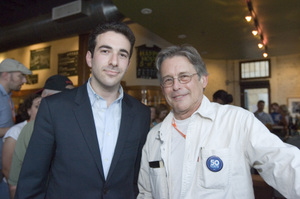 Ari Melber of The Nation and Hendrik Hertzberg of The New Yorker. 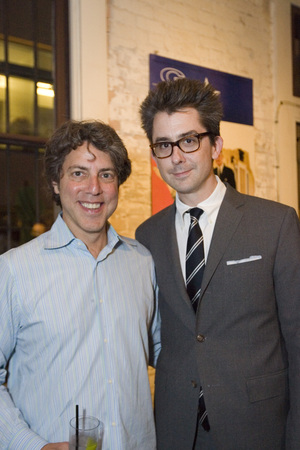 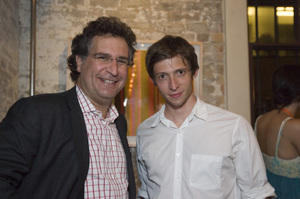 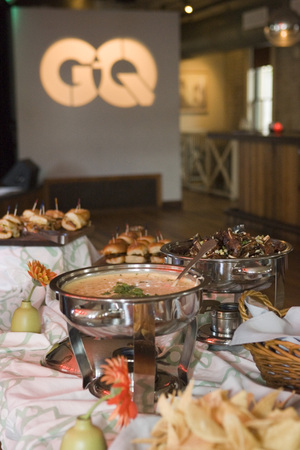 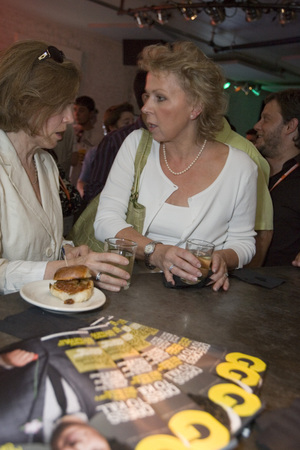 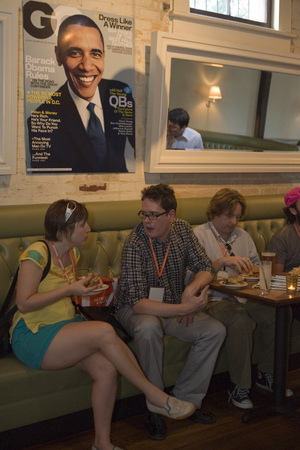 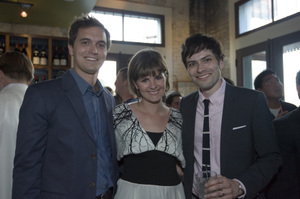 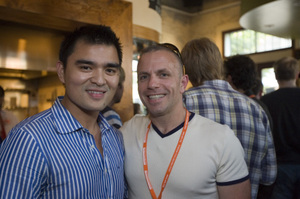 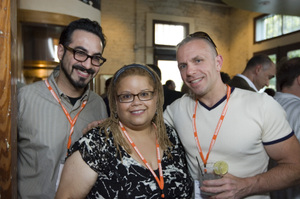 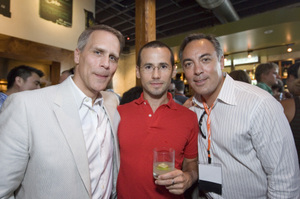 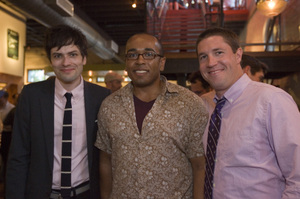 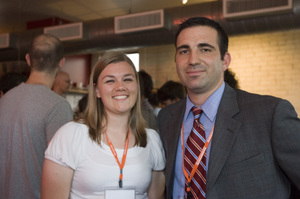 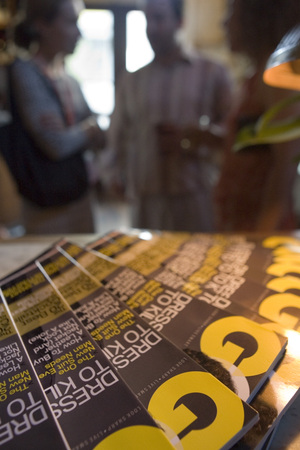 For the uncaptioned photo of the people sat on the bench, you may be interested to know that (from left to right) they are local videographer Angel Schatz, plus Wells Dunbar and Richard Whittaker of the Austin Chronicle, and the right ear and hat of the Chronicle's own video guru, Michael Bartnett. I should know, I'm the one about to stuff his face with the chopped beef sandwich.