I know how crazy life gets this time of year. You're so busy dabbing fake blood on your chin and pulling apart cotton balls to make fake cobwebs that, quite frankly, you forget all about Design and the important role it plays in your life. That's why I've taken it upon myself to present the first (and probably last) ever "GQ Design Spooktacular."

The design aficionados among you may scoff—maybe even snort—at the very idea of holiday-themed design. But cut me some slack today and I promise I'll go easy on all things pilgrim-inspired during Thanksgiving, okay? Besides, I may never get another chance to show you these dark, disquieting objects. And to use such terrible puns while doing so.

At the top of my creepy list: a cuckoo clock that designer Michael Sans fashioned from a digital clock, chrome nails, and a chain. Oh, and a once-live cuckoo (which, Sans assures us, died of natural causes). 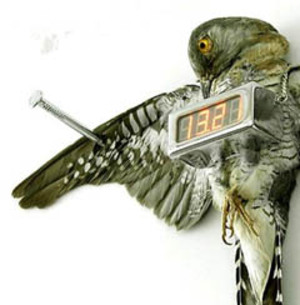 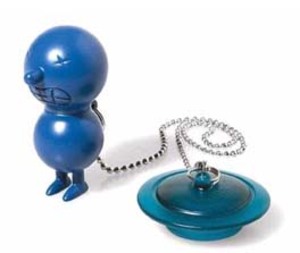 By the way, that little blue dead guy? He floats. 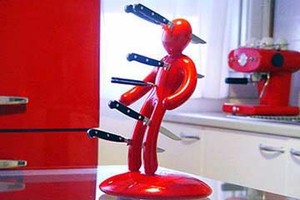 In Italy, it's sold as the Voodoo knife block; in the US, it's marketed under a less ambiguous name: the Ex (which, I suppose, says something about our respective cultures).

Last but not least, no haunt-worthy home would be complete without one of Harry Allen's white resin "hand hooks." Use them to hold coats, keys, loose change, et al. Shown here are C'Mere and Grab. 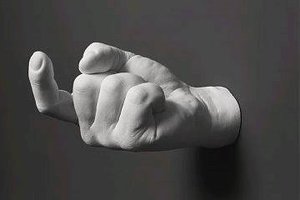 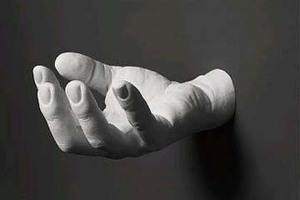 They're part of Allen's sometimes disturbing, sometimes sublime (and oftentimes both) Reality series.