This One's for You, Spiezio

This is the paradox of the modern baseball player: On the one hand, he messes endlessly with his hair (he's got a lot of free time during a 162-game season); on the other, he doesn't want anyone else to—like, say, someone who actually knows what he or she is doing. When, shortly after winning the 2004 World Series, five members of the Boston Red Sox took part in a Queer Eye for the Straight Guy episode, they reacted to the stylist's scissors with the apprehensiveness of men about to be castrated.

Like Christian rockers, ballplayers affect rebellious hairstyles which long ago lost their rebelliousness. Think of the Oakland A's of the early '70s, who were late to their long hair by half a decade, or the Red Sox, above, whose goatees—almost every player on the 2004 team had one—recalled a trend that had been laughably passé for two years.

The five worst offenders, hair-wise, of the past two decades: 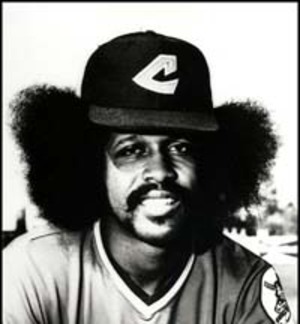 5. Oscar Gamble
So ridiculous it's borderline cool. Snoop briefly adopted a similarly Mouseketeer-influenced look, but he doesn't make his living by sweating. For reasons of impracticality alone, to be eschewed; it's male hair at its most high-maintenance. 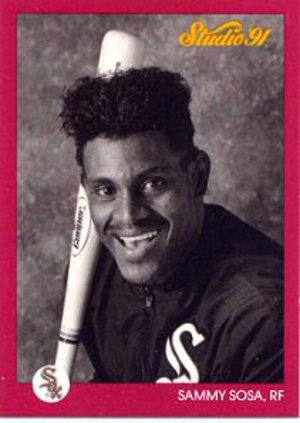 4. Sammy Sosa
Evidently something in the Kid 'N Play vehicle House Party really resonated with Sammy. Either that, or he just loves popovers. 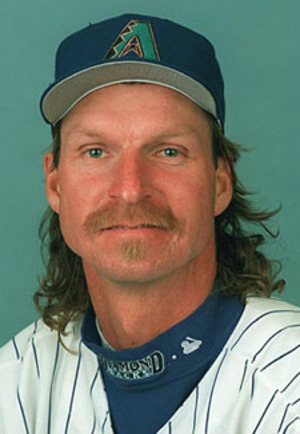 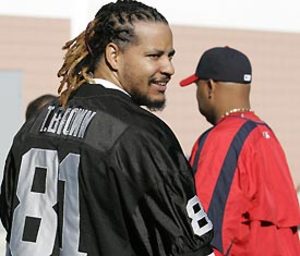 2. Manny Ramirez
A 'do this complicated bespeaks a stylist's participation. You have to wonder, though, whose inspiration this was. Was the stylist brushing off the player's shoulders and dusting his neck with fragrant powder when Manny suddenly exclaimed, "Hold on! What if you made the tentacles… golden?" 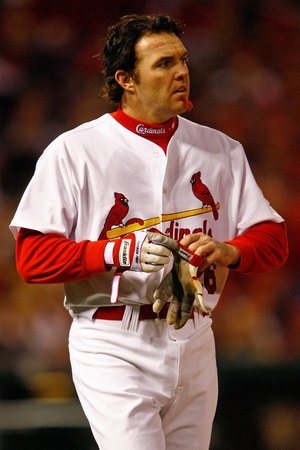 1. Scott Spiezio
Spiezio has been exploring the possibilities of the soul patch for some years, and now, in 2006, he has brought it to its apotheosis. He's created a flying soul patch—anchored only at the underlip—and carefully dyed it an obscene, dashboard-devil red. Here is the color Brandon Davis was thinking of when he coined the word "firecrotch." Just the same, the hair's simultaneous sprouting and downward-curling movement evokes not so much the pubic region as its inverse. This is ass hair for the face.